Josiah is studying journalism at Arizona State University. He joined the VACorps Program in June 2018 and participated in a film internship at a local production company.

“As I leave Cape Town for Los Angeles I have a new sense of motivation and appreciation. I climbed mountains, hung out with lions, rhinos and hippos and surfed the best waves of my life. VACorps connected me with a local production company. At the film production company, I shadowed a motion graphic.artist and cinematographer and shot a documentary on a Cape Town rap artist. This internship has allowed me to recognize that film is absolutely for me. I had some second thoughts about leaving journalism for a while, and still do, but this internship has reassured me that film is where I belong. I had an awesome internship because it was with a company that did almost exactly what I want to do. My internship was great because I learned something every day. I have helped set up and takedown on shoots, transcribed audio, painted green screens, e.t.c., but the people at my internship site helped me more than anything. Through working with them, I learned how to use different editing software, camera equipment and how business works in a film production company.

I went on a Garden Route trip which included a safari, walking with elephants, canoeing, and bungee jumping (yes, I can’t believe I did that). My favorite weekly activities organized very well by the VACorps staff were exploring Cape Point and the braai at Mama Suli’s in the township of Khayelitsha. Through VACorps I was able to see South Africa, a third-world country where everything is cheaper. Taking the train to work, I saw poverty first hand. It was tough to process how little people had in such a beautiful place. I stayed for eight weeks, and in these weeks I learned to never take anything for granted and was reaffirmed that film production best fits my career.”

Teddy, pictured on the far right, joined the VACorps program in February 2021 as part of his gap year and participated in a manufacturing internship at a furniture factory in Cape Town. He is [...]

Pedro, pictured on the right, is studying engineering at Universidade Estadual de Campinas in Sao Paulo. He joined the VACorps program in February as an in-person intern at an NGO that supports refugees in [...]

Gabbie, pictured on the left, joined the VACorps program in January 2021 and participated in a hospitality and interior design internship.  She will attend SMU in the fall of 2021. "I chose Cape Town [...]

Katherine joined the VACorps program as a remote intern in January 2021 where she participated in the VACorps Human Rights Program.  "I chose this internship because I was excited at the prospect of engaging [...]

Sofia (pictured far right) joined the VACorps program in January 2021 and participated in a business start-up internship as part of her gap year.  She will begin her studies at Harvard in September 2021.  [...]

Luke (pictured on the right) joined the VACorps program as part of his GAP year where he participated in an internship at a small tourism company in Cape Town. Luke will begin his studies [...] 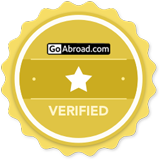