Our program is based in Cape Town, South Africa for one simple reason—this is the most beautiful city in the world. Rather than write a generic description about our wonderful city, we invited past VACorps participant and writer Andrew Zaleski to describe the style, vibe and majesty of Cape Town.

If you’ve learned to follow the lead of Capetonians, you’ll know exactly when to begin your hike up Lion’s Head. At around 4 in the afternoon the ascent begins with two, three people spread across a dusty brown path that winds upward until you’re walking one behind the other, straining your legs forward, continually readjusting the backpack straps riding down your shoulders. You’ll reach the chain-rope, and because everyone else is bruising the soft, fleshy parts of their hands’ insides to make a vertical climb upward—and avoiding an additional ten minutes to this hike—you’ll do it too (and thank yourself for it later on).

It’s windy at the peak. The twenty of you who made this hike have spread out on the flat rocks at the top of Lion’s Head, and as you gaze off into the distance, you slowly, involuntarily draw a line from Robben Island, to Green Point Stadium, up Signal Hill and back out into the Atlantic Ocean, just in time to catch the sun on the horizon kiss the tips of the waves. You set your backpack down, zip it open, and pull out a bottle of Sauvignon Blanc, a hunk of ciabatta bread, and a block of cheddar. And with an intense sigh of satisfaction, you dangle your legs over one of the rocky edges and count down the minutes until the sun disappears completely and the moon rises. That’s when you know—this ain’t your mother’s wine and cheese party. This is Cape Town, and if you’ve ever visualized Kanye West’s song “The Good Life,” at this moment you’re letting him know that you’re gonna let him finish, but, quite frankly, you just won’t care. 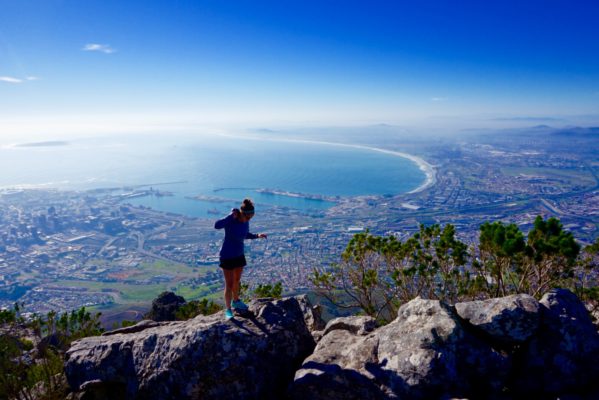 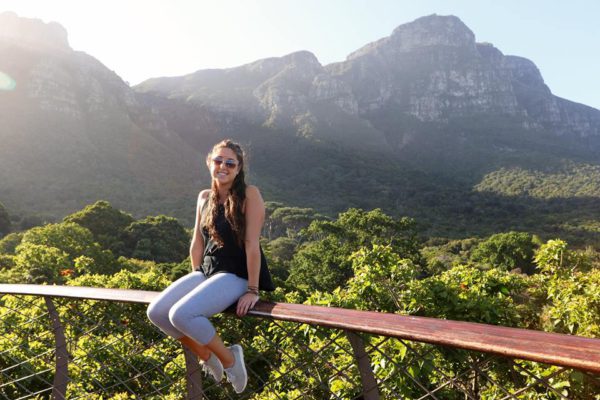 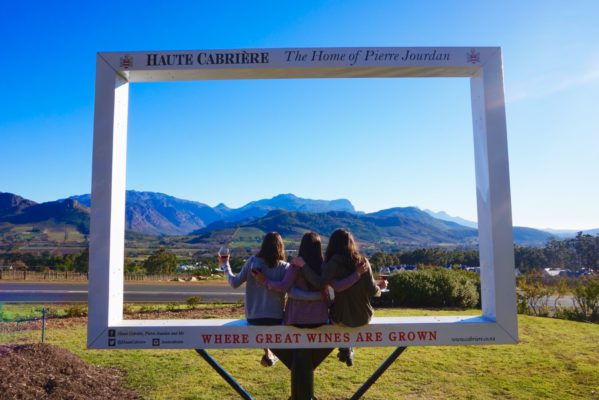 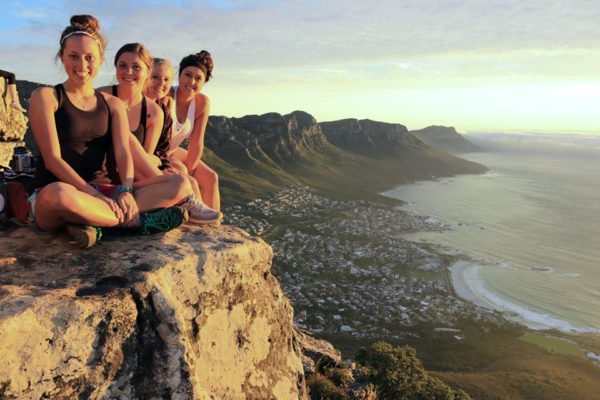 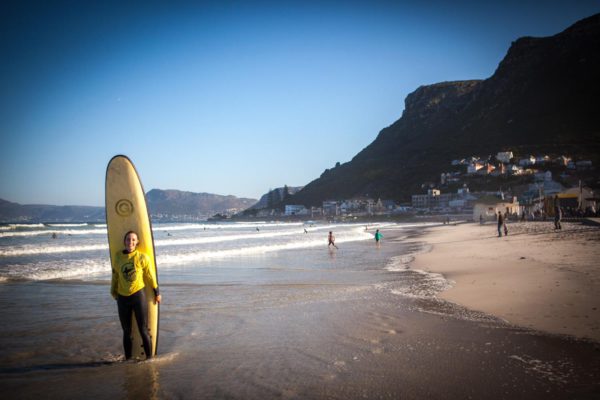 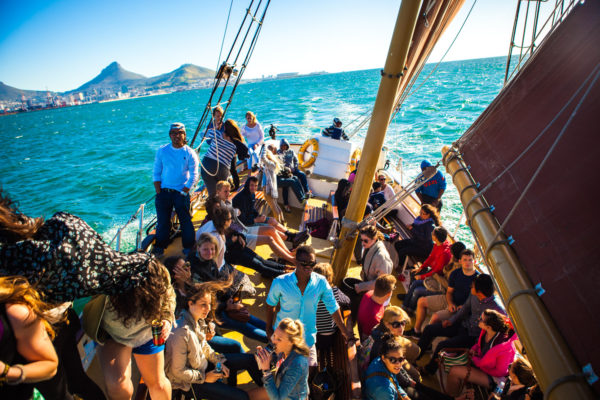 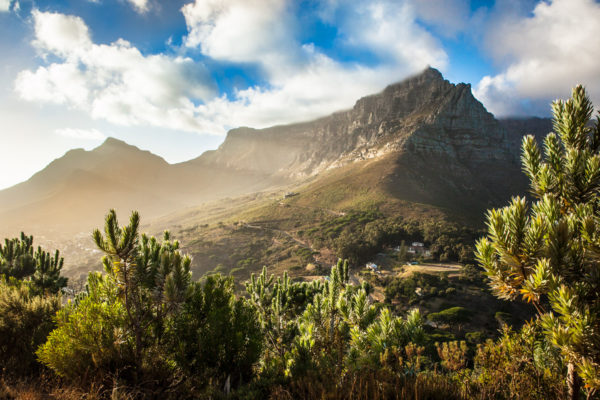 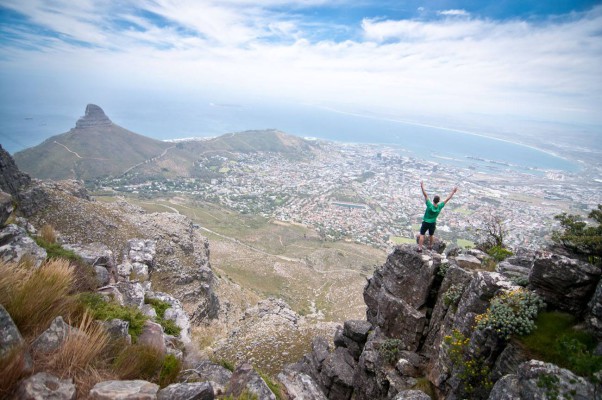 Spending any period of time in Cape Town is enough to make a person wonder why he’d ever choose to go anywhere else. The city brims with opportunities to snag a piece of culture, as small or as large as you’d like, take hold of it, make it your own, and let it change you at your core. You’re a bookworm with a penchant for reading novels twice the thickness of your head? Go to the Cape Town Book Festival. You’re a history buff who enjoys understanding the connections between people and events, and how those connections literally shape the future? Head to the District Six Museum, or Robben Island, or both. You think the best way to grab a piece of that ephemeral concept of “culture” that everyone talks about is to chum it up and drink it down with the locals at one of their bars? Go to Stones and play some pool, or take a cab downtown to Long Street, and knock back a few brews with the locals—you know, Australians, South Africans, Ugandans, Afrikaaners, Zimbabweans, Moroccans, Indians, Brits (you get the picture).

You could be in Baghdad Café listening to some remixed version of “Day N’ Night,” drinking a Jack and Coke while simultaneously sharing a hookah with two Xhosa speakers who are educating you about why the South African Springboks are the best rugby team on the planet. Or you could be in Greenmarket Square haggling over the price of a djembe drum, assuring a street merchant that you really only have 400 Rand to pay for the thing (the fact that he saw your five, 200 Rand notes notwithstanding). Wine bars? They never became cooler, and soon enough you’ll be throwing around the term “Cab Sav” more effortlessly than state capitals. Waddle with penguins in Simon’s Town, head out to Jeffrey’s Bay for a surf competition, or travel to Knysna to ride elephants. You’re in Africa, for chrissakes. And the southest of Africas, at that, in the coolest city there—the Mother City. Go to Camps Bay, walk inside a fancy sushi restaurant, buy a cigar at the bar, and light up. Celebrate.

Because, when you’re at the edge of the world, there’s a rather likely chance that the profundity of your physical location will seep into your very consciousness, melt any predispositions, or anxiety, or fears you had when you were boarding that plane—in Philadelphia, or New York City, or Sydney, or London—and make you completely open to seeking new experiences, meeting new people, and having the best damn time of your life. And to do that coupled with the chance to gain real-world working experience—the ability to do something tangible, meaningful, for a company, or a township clinic, or a school-age kid, or a refugee center, or a magazine—is quite possibly the most liberating feeling the world can offer. Freedom of opportunity; freedom of exploration; freedom from fear, as long as you’re willing to let yourself go and have the city mold you, take you in directions you never thought you could go.

Step out of your comfort zone. Get to hiking. Bring the wine and cheese. Watch the moon go up. And as the city beneath you lights up, and you pick out from a distance your favorite spots in the place you’re calling home for two months, or three, or six, or an entire year, you’ll feel a ripple of goosebumps spread out over your body as you start to mouth “This is Africa.” 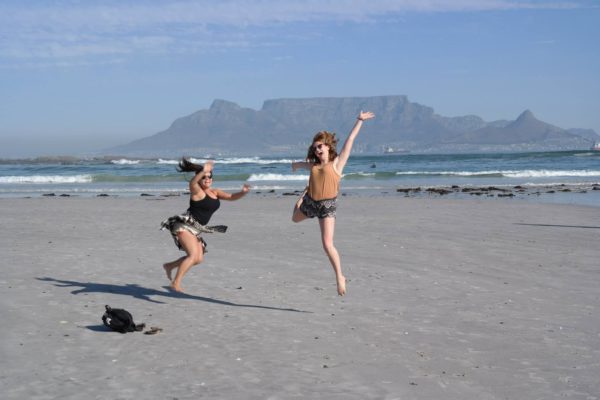 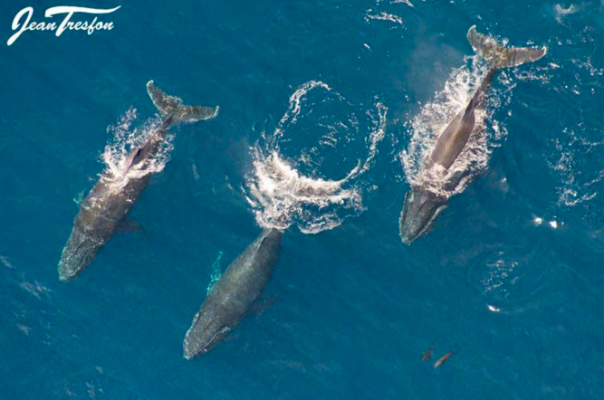 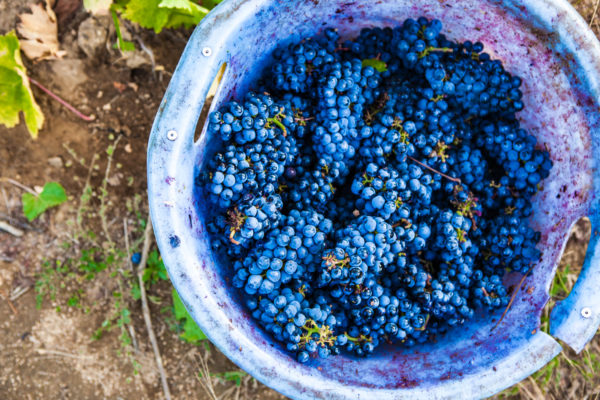 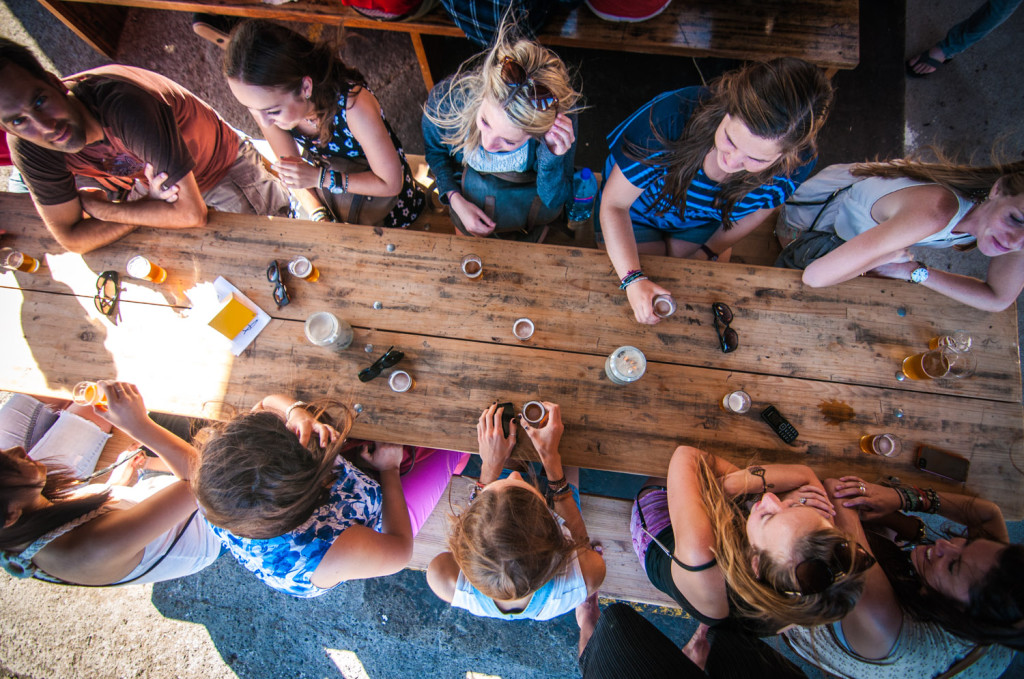 No. This is Cape Town. Celebrate.